Environmentally aware and comfortable in the air! In the beginning of the ski sport industry not many people could imagine such great developments. Today, modern lifts bring Visitors all year round uphill combining modern high tech applications with the maximum of comfort.

During winter season there are seven lifts that take you to the slopes. In addition to the Plose cable car, which brings the winter sports lovers from St. Andrä to 2050m altitude in Kreuztal, there is the gondola lift Pfannspitz that starts from Skihütte / Rifugio Sci, and there are four modern and comfortable chair lifts. Additionally, close to the valley station, there is another skilift especially for beginners. It is flanked by two conveyor or “magic” carpets for the first few hours on skis. They are supervised by the Ski School Plose.

On the following list you find all lift installations on the Plose. If you click on the name of the ropeway installation, then you get some specific technical information.

The first lifts on the Plose

While the skiing sport on the Plose has over 100 years tradition and the initial plans for a development of the mountain by building a cable car reach back to the beginnings of the last century, the first lift concluded  relatively late.

The first ski lift was built by the families Kahl/Tinkhauser in the surroundings of a place called Skihütte and inaugurated in 1950. The installation was 600m long and started where today the Parkhotel Plose is located. As it had no proper name, everybody referred to it as skilift Skihütte. Other lift systems were built in 1956 with the so-called Ladurner lift and in 1959. 1964 followed the legendary basket lift that reached the Plose top.

Since 1964, a cable car connects the village of St. Andrä with Kreuztal. Until the winter season 1985/86 there was even a connection to Brixen. Today the Plose gondola lift runs uphill from St.Andrä and takes annually more than 500,000 visitors to Kreuztal. In recent years new lifts were built again and again to replace the old ones and new trails were opened up.
In the winter season 2010 / 2011 the modern six-chair lift, the “Rossalm Lift” has been installed and since then the popular slopes of Pfannspitze have been made more accessible. The Rossalm lift guarantees a comfortable ride, high capacity and weather protection.

Starting from the winter season 2016/17 the newly installed cable car “Pfannspitz” brings more comfort to the ski resort. 35 modern cabins carry the skiers from Skihütte / Pfannspitz to the top of the Pfannspitz on a height of 2505m. The cabins protect from cold and wind, at the same time you can admire a astonishing panoramic view of the Dolomites from inside them. The gondola lift ride takes not even 5 minutes, wheras it was more than 15 minutes with the two chairlift that have been replaced by the new installation. For its panoramic view, the gondola Lift Pfannspitz is a highlight also in summer season. 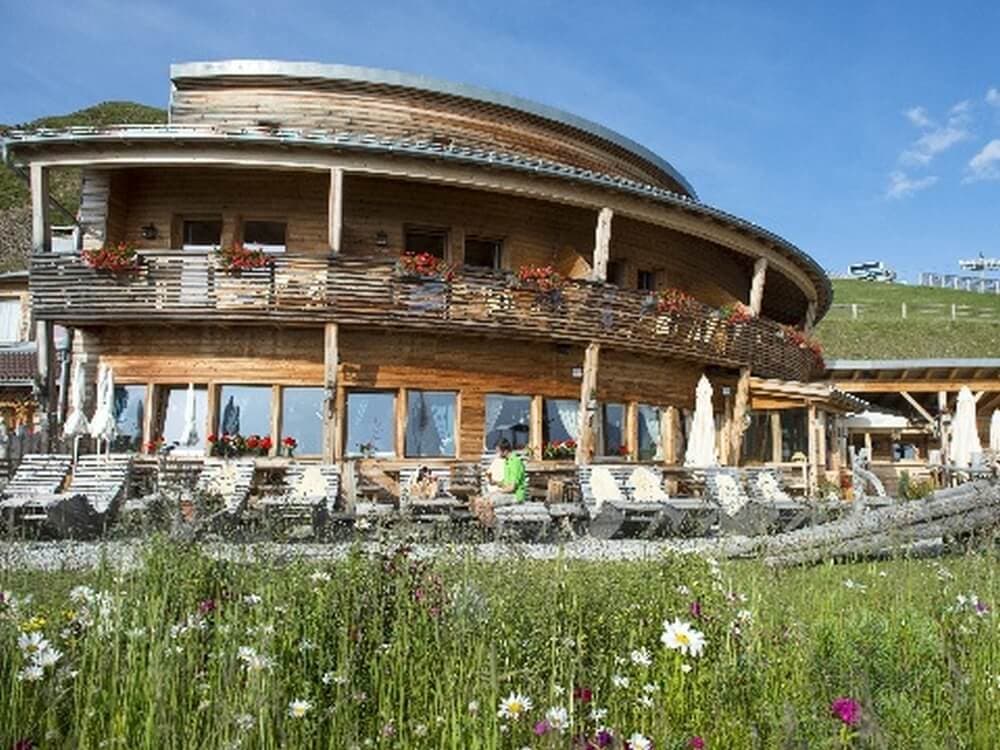